I've picked up a bunch of EMW3162 devices recently. I don't yet have any up on Anibit, I'm trying to figure out how many I want to keep and and many I could part with. 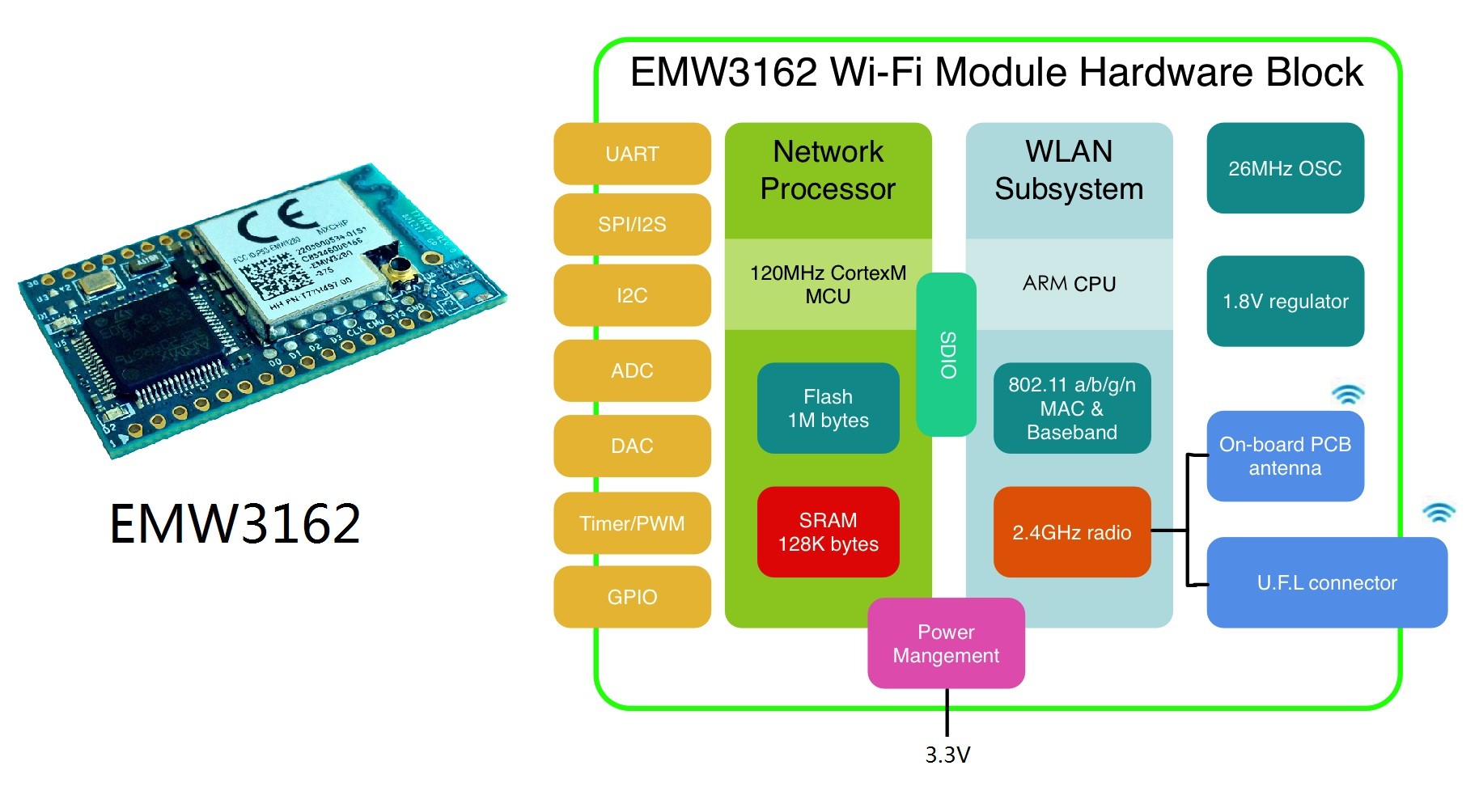 They are really neat little devices:

I have thrown together a quick and dirty adapter PCB to let you mount the EMW3162 on a breadboard. I'm considering possibly doing a run of kits for the adapters to get the cost down, we'll see.

You can get your own adapter from OSH Park here. [Updated link to new version here] Use at your own risk, I have not received my boards yet to verify that it works, but a paper printout looked like it matched up, and the actual circuit is so simple. You will also need:

The main advantages of this over the popular with makers ESP8266 is that it has many more pins broken out, and they are 5V tolerant, making this device a better candidate for standing on it's own as an appliance vs acting as a peripheral for another Microcontroller. The CPU of the EMW is also faster (120 Mhz, vs 80Mhz), and has a lot more on board RAM and Flash space. Also, the WICED SDK from Broadcom is very sophisticated, with support for features such as OTA updates to the device. You can develop code to run directly on the ESP8266, but the support for that is more community built than officially supported. To be fair, WICED does not officially support the EMW3162, ether, but the board is close enough in design to other officially supported devices that it's not very hard to port.

Though the EMW3162 is about twice the price of the ESP8266, for some applications, it is worth it, especially if the extra capabilities allow you to remove external components form your design.

Resources to get you started